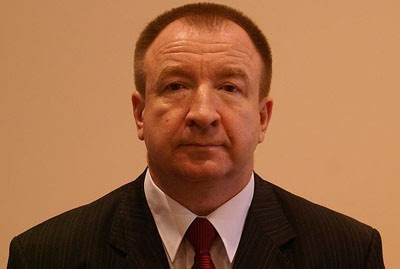 
Russian researcher: Al-Jazeera is ideologically controlled by British-American elite
OTTAWA– Political researcher Prof. Igor Panaris said that part of the British-American and Israeli elite is waging an information war to justify a military invasion of Syria, and that the Syrian army and police are facing around 10,000 mercenaries from Arab and foreign countries.

In an article published on the Canadian website GlobalResearch.ca, Panarin said that the protests that broke out in a number of Arab countries in 2011 were orchestrated from London, which became their coordination center, saying "the BBC and Qatar’s supposedly-independent al-Jazeera channel (which in reality is ideologically controlled by a part of the British-American elite) led the way in providing media support."

He pointed out that the BBC reported that an independent commission of UN human rights experts accused Syrian authorities of committing crimes against humanity as they dispersed protests, but French journalist Thierry Meyssan found out that the commission clearly fabricated the evidence they used in their investigation, and that the alleged number of protestors who were killed came from Syrian Observatory of Human Rights (OSDH), a mysterious London-based human rights organization.

According to Meyssan, those who were claimed to have been killed by Syrian security forces are in fact alive and well, and that OSDH simply took their names from the phonebook.

Panarin went on to note that Meyssan says an information war is being waged against Syria by al-Jazeera, which is producing footage in special studios that reproduce parts of Syria’s major cities in an attempt to use the same trick which was used with Libya, when the footage of street fighting in Tripoli on August 23, 2011, was actually shot in Qatari studios, which opened a new chapter in information warfare.

He pointed out that some protestors in Syria are using banned smarphones to spread false reports, announce protest rallies and distribute anti-government materials using the “Syria Alone” application, which was launched on November 18, developed by British and US experts specifically to help the opposition.

"A part of the British-American elite is playing the leading role in media campaign against Syria", Panarin said, adding that their goal is to recreate the Libyan scenario by using the Arab the League and intensifying the media campaign.

He concluded by noting that Russia's approach differs from that of the United States, as it vetoed the UN Security Council resolution to make sure that the Libyan scenario isn't repeated in Syria, avoid escalation, and prevent military intervention.
às 23:08