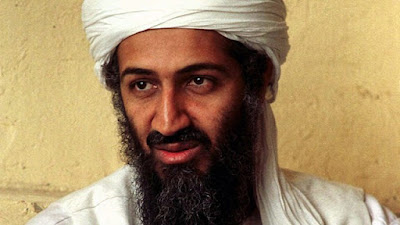 
In this video Hilary Clinton admits that the US government created and funded Al-Qaeda in order to fight the Soviet Union, and she even considers that as a good thing. But she claims that the Americans are fighting Al-Qaeda nowadays. If you really fighting Al-Qaeda, then who are the scums and terrorists you used in order to topple the government of Qaddafi in Libya... The American media describes "Aldel Hakim Belhaj" as an x-terrorist or as an x-jihadist. How funny and hypocrite!
Did his brain develop suddenly? or what are the marks that made him an x-Jihadist? There is only one reason... The American needed him, so they whitened his page and he became suddenly an x-Jihadist... Wait a couple of years to see him again an active jihadist when the Americans don't need his services...
Al-Qaeda didn't leave the US government bed... Let us review the history and see that Al-Qaeda acts served only the US foreign policy... Al-Qaeda terrorists are multipurpose fighters who are being used efficiently by the US government..
às 17:13